Born in Casablanca, Morocco, in 1943, Marie-Louise Jaquet studied both law in Aix-en-Provence and Strasbourg, and organ performance at the conservatories of Marseille and Mulhouse, before she concentrated entirely on the organ and musicology. After she earned a diploma in both organ and improvisation in Jean Langlais’ class at the Schola Cantorum in Paris in 1969, she was named in the same year titular organist of the Silbermann organ in Mulhouse. She left this position in 1979 after her marriage to Jean Langlais, and she became then her assistant on the Cavaillé-Coll organ of Ste. Clotilde, Paris.

Marie-Louise Langlais began a career as professor of organ and improvisation in 1974, successively at the Conservatoire National de Région in Marseille, at the Schola Cantorum, and at the Conservatoire à Rayonnement Régional in Paris. In addition, she has taken part in several jury competitions, both national and international. At the same time, beginning in the 1970s, she has written numerous articles for French and foreign journals, whose principal theme is French organ music, and in particular, “The tradition of Sainte-Clotilde: César Franck, Charles Tournemire and Jean Langlais.”

In 1992, Marie-Louise Langlais earned the Doctor of Musicology degree of the University of Paris IV-Sorbonne with a dissertation on the life and music of Jean Langlais, of which a condensation was published by editions Combre in 1995 under the title Ombre et lumière, Jean Langlais (1907-1991) [“Shadow and light, Jean Langlais (1907-1991)”]. She was awarded the special Bernier Prize of the Institut de France for it in 1999. For the centenary of Jean Langlais’ birth in 2007, Delatour France published her CD of the composer’s Souvenirs. Still in the organ world, to show her admiration for the great French composer Jean-Louis Florentz, she united in 2009 various testimonies and analyses in a book-CD called Jean-Louis Florentz, l’œuvre pour orgue, témoignages croisés (editions Symétrie).

Concert organist, she has toured extensively, giving conferences and master classes in North America and Europe, and has recorded for different labels: Arion, Delatour, Lyrinx, Solstice, Festivo (Netherlands), Koch International and Motette (Germany). Between 2012 and 2016, she came three times as Distinguished Visiting Professor at the Oberlin Conservatory of Music at Oberlin College (Ohio), at the invitation of Professor James David Christie, to share with his brilliant students a certain tradition of the French organ school.

Marie-Louise Langlais takes care of the official website of Jean Langlais (jeanlanglais.com) and is currently focusing on writing and publishing musicological works, some freely available online: Éclats de mémoire, the transcription in French of the unpublished Mémoires of Charles Tournemire in 2014, and in 2020, an English translation of it, Charles Tournemire Memoirs. Also in English, Jean Langlais remembered, an evocation of the life and works of the composer, became available in 2016 as a free pdf file on the website of the American Guild of Organists (agohq.org). 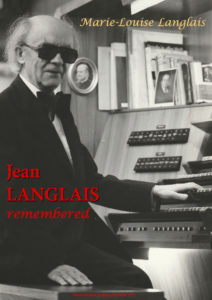 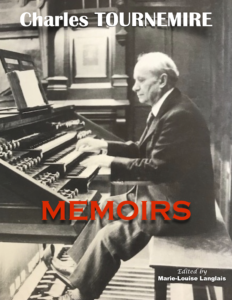